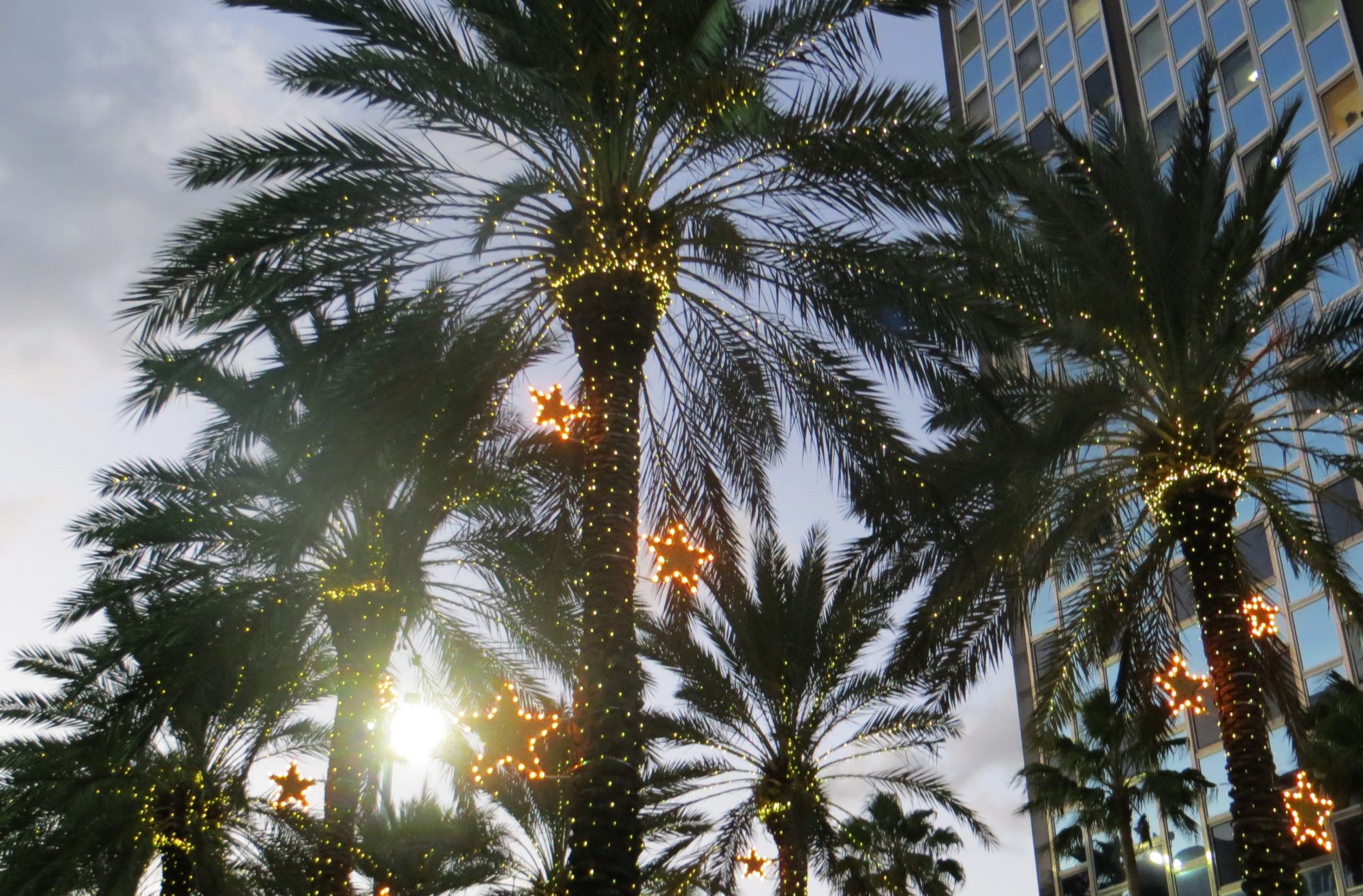 We have a crazy tradition with my family that has been going on for 35 years. It all started when my sister’s and my children were small and we were looking for a place to get a picture with Santa for the holidays the day after Thanksgiving. Someone had the great idea to drive to the largest mall in Southern California. On Black Friday. And there, in the middle of this vast, bustling shopping mecca, sat the most amazing, kind and genuine Santa any of us had ever seen!

He sat on a beautiful throne next to a brightly lit Christmas tree and a video of a roaring fire in the fireplace. There was a large basket of candy canes that each child received after sitting on the jolly man’s lap and sharing their most creative Christmas secrets. He took the time to chat with each child and really look them in the eye, acknowledging that they were special to him.

Santa had elves that kept the families entertained as they waited in line. There was even a Santa’s Workshop that you could sit as a family and create adorable wooden ornaments to take home. And once you were finished with your ornament and visit with the head toy maker himself, there was a magical carousel that had been transformed to reindeers for the kids to ride.

My family was so enchanted with it all that we came back the next year, and the next, and before we knew it years had passed and our children’s children were the ones sitting on the old man’s lap! When my grandma was alive, she would join in the fun. I think her favorite thing, after watching the kids, was to sit on the bench and watch all the crazy chaos of shoppers rushing for the best deals.

Over the years, the decor has gotten more spectacular, including a huge train display complete with smoking trains puffing in and around mountains and small Christmas villages. Our original Santa isn’t there any more, but his successors over the year have all been just as enchanting.

As all the kids have gotten older, we’re kind of in this holding pattern until the older ones start having families of their own to bring. But we still go. We meet early for breakfast at the same local coffee shop, park in the same parking lot, take pictures at the huge tree before making our way to Santa. No one stands in line to sit on his lap anymore, but we all enjoy watching the new generations of families share a magical moment together.

In our family, South Coast Plaza Day has become just as much a holiday as Thanksgiving and Fourth of July. Once the turkey dinner has been devoured and we’re all sitting around in our food comas, we check to make sure everyone is still up for our special day.

And, for the most part, we all are ready and excited to kick off the Christmas season doing something we’ve done together for so many years no one can imagine not making the drive for our own version of Black Friday. We don’t shop. We just spend a few hours together as a family, loving each other and remembering the years past and all that has changed and all that is still the same; like a jolly old man with a white beard and beautiful velvet suit that spends his day listening and loving all the sweet little ones that can’t wait for their turn to share their very own Christmas wishes!

It may seem crazy, but I’m so thankful for this day. I’m thankful for the family God has blessed me with – those that are able to join us and those that aren’t. I hope you are able to take the time to treasure your family and the memories that you’ve been stacking up over the years. Pass it on for the next generation! May you and yours have a wonderful version of your own South Coast Plaza Day!